My notes for today tell the story of this pleasantly short day, a good follow-up to yesterday’s long walk!

10:44 After hot breakfast and showers, we’re leaving the Beverly Beach Campground escorted by Jack, a 7-yr old who rode by me on his bike several times while I waited for John to finish his shower. On his second trip past me, Jack proudly announced that he had been given permission to ride around the campground on his own. I celebrate those of us with the courage to meet strangers. I depend on them regularly!

11:00 On the beach. I notice that the pebbles are of different colors than north of here, more golden ones. 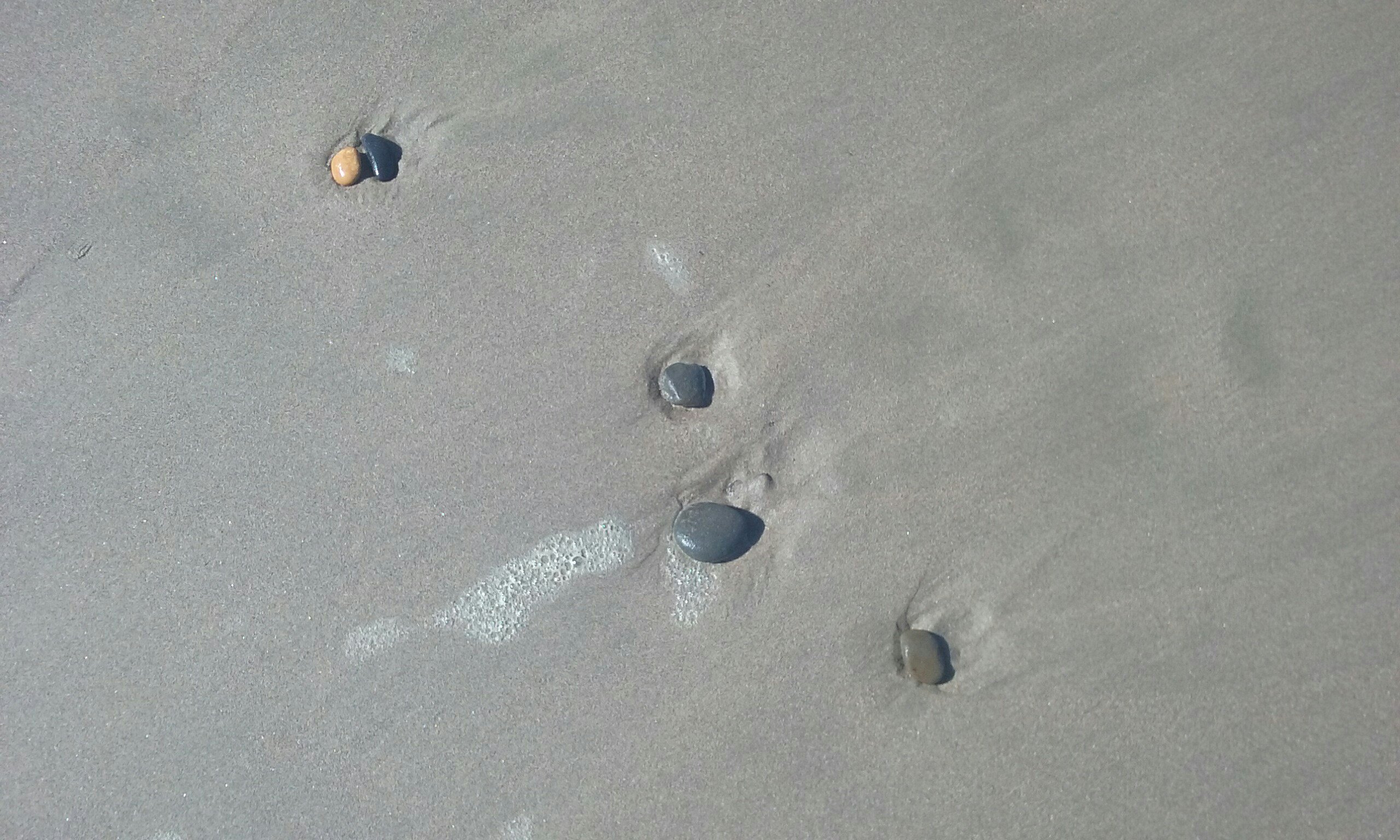 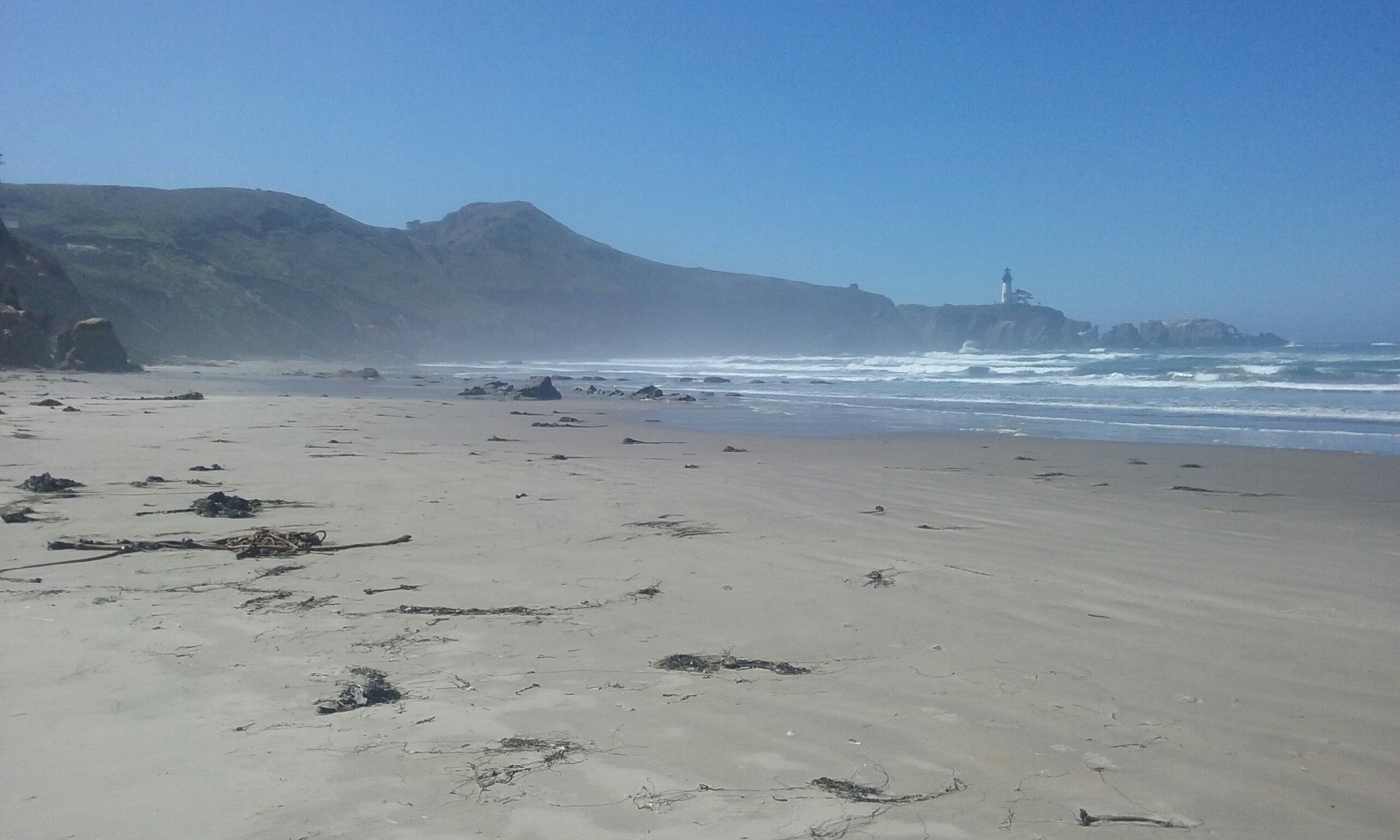 Beach north of Yaquina Head, Oregon. As usual, we must exit the beach here to get around the cape.

1:00 headed up to US101 for a short walk on the road.
1:20 back on beach for four miles! We see lots of people on the beach as we enter Newport. It’s windy. Tailwind.
3:09 end of beach. (we missed Wal-Mart! John thought we would see it from the beach, but we were already past it when he checked Google maps. We needed a new fuel canister!)

4:15 To get over the bay at Newport we had to cross the bridge to South Beach. The bridge was a challenge with keeping my balance in the wind! 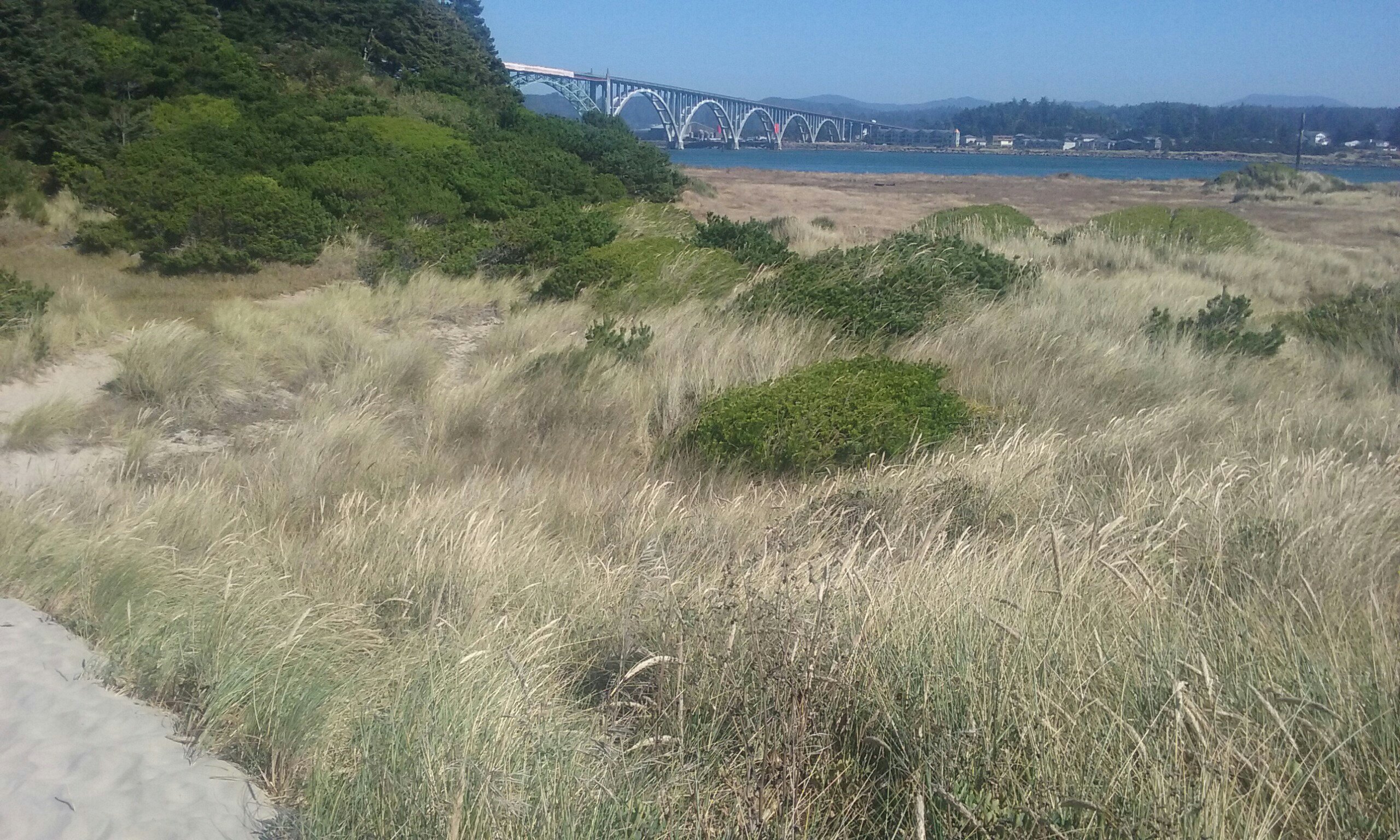 4:43 shopping at South Beach Grocery and Fish Market. The two businesses collaborate. With a low fuel canister and limited stock at the store, we decide on getting a salmon burger and fries at the fish market for immediate consumption. We buy cheddar cheese, bean dip, vanilla wafers, garlic, banana, tortillas, peaches potato, an onion, garlic, (no oatmeal)
5:44 done at grocery
We cut through behind the Toyota dealer and through the private camp to a trail at the boundary of the state park and the camp. Walk all through the park to registration and Hiker-Biker site. First time in a corral! (The designated sites are surround by timber fencing) Receptacles in charging station, yay!
6:30 all set up at site 4AB