Are you yearning to walk the Appalachian Trail?

You wonder how.
You wonder if you can do it.
You know there’s a lot to prepare, but don’t know where to start.
Everyone you know says that’s a crazy thing to do!
You want someone who’s done it to help you navigate the journey.

Hi. I’m Regina Reiter and I know exactly what you’re thinking! I was in your shoes before completing my thru hike in January, 2008. I’m a long distance hiker, Nature interpreter, Radical Forgiveness Coach, and entrepreneur with a passion for helping women over 50 walk the Appalachian Trail as a pilgrimage. read more

In my 10,000 miles, I’ve worn something like 19 pairs of shoes. Among them were 5 pairs of Vasque Breeze, but they’re no longer available. Also was a pair of used white reeboks I bought at a second hand store in a trail town because my fancy dancy trail runners were suddenly too small. I liked a pair of asolos. Now, I’m on my third pair of Oboz sawtooth. I wore through two matching pairs of a new version of Vasque breeze provided as perks for being a ridgerunner. I wear what feels right. Merrell ventilators are comfy but not sturdy enough for me on trail. My hiking partner has chosen them for 14 years.  Just one pair was returned – Keenes. Don’t know why, they rubbed the tops of my feet. read more

My fun job at Anza-Borrego Desert State Park provides opportunities to see and share amazing phenomena. Here’s one: full moon rising over the Badlands. I did livestream videos for the Park’s Facebook page on February 26 and 27. Enjoy my videos!

November 10, 2020 Today, I read this comment about myself offered by a friend in a women’s group. The game was to give a compliment about a mutual friend. I was deeply touched by this written by another woman entrepreneur whom I have known for over 10 years.  Although we have spent little time together we have supported each other in poignant times! How can a stumble along on my path learning that someone says these words about me??

shows the courage that comes from the deep understanding of the precious and fleeting nature of life. The way she blazes new trails of beauty and understanding for herself and for others is beyond admirable

Some tips for hanging a bear bag:

What I found for myself is that a rope over about 40 feet is more than I need on the AT and the extra just gets tangled up!! Nothing worse than a tangled bear rope.

Reflective is a good idea.

One thing I discovered that is very helpful is “tying” it in a daisy chain for storage. Otherwise, it just gets tangled!

Not only that, I also learned to not tie a rock to the end of the rope when tossing over a branch. Why? Because eventually, the tied rock is going to spin around the branch and be impossible to get down. I have seen many partial ropes dangling from trees. Just wrap the rope around the rock a few times. Yes, it falls off sometimes, so I gather two or three rocks. Maybe there’s a better way, but this works for me. read more 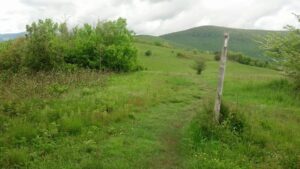 How does this work, anyway? How is it that filling in the blanks in the Making Room for the Miracle Worksheet results in shifts in our situation that could sometimes be described as miracles?!! read more

“How do I overcome my fear of sleeping out at night?” 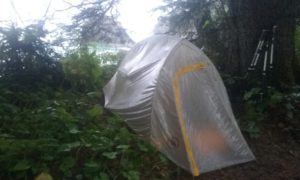 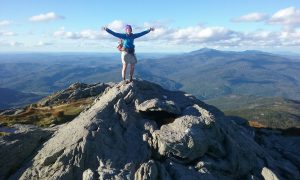 I’ve walked the Appalachian Trail twice, plus another 2,000 miles working as an Appalachian Trail Conservancy ridgerunner for seven seasons.. How did I start all this? By locating the nearest trailhead to my home and setting foot on the trail. That one hour greeting let me hear my call to the trail “If I just keep walking, I can get all the way to Maine!”

Next step: a half day walk with my husband, exchanging the car key in the middle as we walked in opposite directions. Over the next four years, we built up to a full month on the trail, two trips per year, from over night to three nights, a week, two weeks. There are landmark steps, I think: read more