We got up at 6 a.m. to get on the trail before the predicted heat sapped our energy. We didn’t set a destination because we didn’t know how we would do. Our first challenge was to navigate the half mile roadwalk on Rt 185 from Paul’s AirBnB back to the trailhead. Yesterday, on our road walk from his house to Wade’s Farm Store, I had experimented with signaling to drivers to give me space on the shoulder. I gave a downward wave, trying to communicate “Slow down” and “Move over”at the same time. It seemed to work, as fewer cars crossed over the sideline and some did slow down. That seemed to work again this morning, giving the commuters to Hartford a wake-up signal and us a way to survive the walk. Only once did I jump off the edge into the vegetation on the side! We made it! And onto the trail at 7:02.

Typical of this trail, the first thing we did was climb. That 2.1 miles up the ridge to Heublein Tower was surprisingly gentle. The trail even had switchbacks and followed the contour of the hill rather than shoot straight up the slope!

Heublein Tower was fun to see. Architecturally prominent and not gaudy. It wasn’t open, though, so we just got water, which was more valuable to us at the time than a tour. And then, back down of course!

The route today was particularly helpful for our hot day because it descended to a path next to a reservoir. We walked on a smooth cinder path for 2 miles, meeting a handful of morning walkers. We didn’t find a place to sit on the bank for our morning sweet potato snack, though. The reservoir is well protected from visitors! Dense woods on a steep slope made a buffer between the path and the water. Only when we reached the dam and veered away from the reservoir to cross the next road did we find a good resting spot.

The next section took us over another ridge in Metropolitan District Reservoir land, featuring Kilkenny Rocks. We thought that might be this big hunk of rock 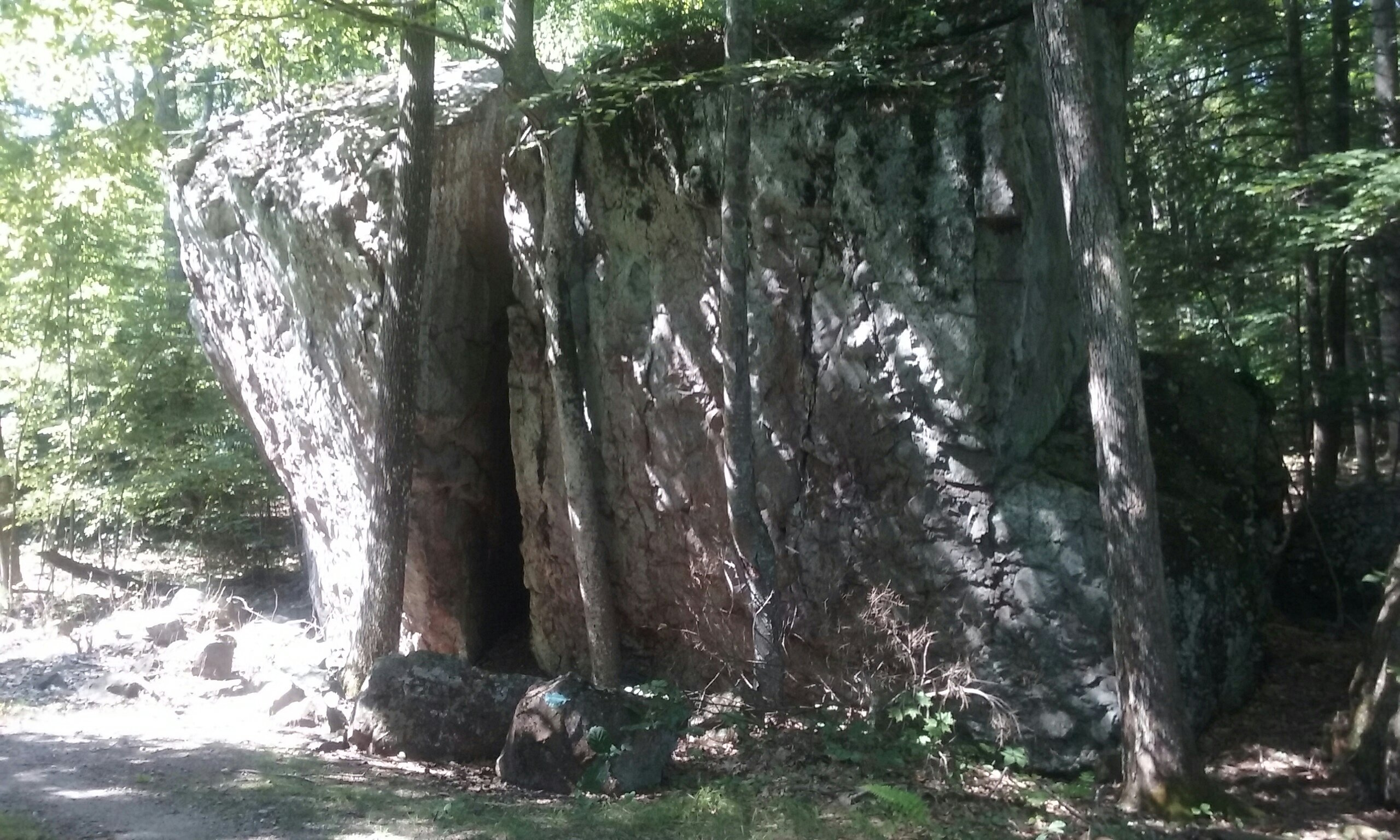 but it turned out to be a plateau of rocks with a view, just before descending to a gravel road where we lost the blue blazes. “I don’t think we follow the gas pipeline,”John said. We went down a road, instead, and found a pleasant surprise. Another reservoir. This one we could sit by, eat our hummus on zucchini, and get water! So far, the dreaded heat wasn’t bothering us.

Using Google Maps and the maprika app, John got us back on the trail, ready for the approach to CT Rt 4, one possible endpoint for the day, at either an AirBnB or a hotel. All the hotels were quoting prices near $200 and sending us on wayward connections to rewards and vacation deals. We settled dejectedly on Advance Motel, 6 miles further.

In this section, the trail winds through wooded subdivisions, between big houses and in a street called Metacomet Road, literally crossing people’s driveways. It’s quite impressive that this trail has enough importance that it has stood up to development and still winds through it!

We ended up walking another 6 miles all the way to Rt 372 and including the 4-mile traverse of the Rattlesnake Mtn and Pinnacle Rocks ridge. This took us up a few hundred feet and along a narrow ridge of rocks. Still undecided about where to stay for the night, we stopped at the high point of the ridge about 4:00. “We could just stay here.” I suggested. “Nobody comes here, it seems, and I’m getting less concerned about sleeping out on the trail. It is hot and buggy though.” Just at that moment, our first hiker sighting of the day occurred! Then, thirty seconds later, another hiker passed!

John responded firmly, “I think I want to celebrate that we weathered the heat and actually walked a long way, and we’re almost 2/3rds done with this trail! I’m going to splurge and get a room at Fairfield Inn. It’s four more miles ahead on Rt 372 and just a quarter mile from the trailhead. We could take the room at Advance Motel for $65, but it has a poor rating and it’s a mile from the trailhead. We’d still have to get there. I choose Fairfield Inn.”

With that decision made, we headed south. We still had that four miles of ridge walking to accomplish. Although the ups and downs of every single jut seemed interminable, the forest and views were beautiful. At Rattlesnake Cliffs we talked with the first hiker who had passed us and learned that he had some a 25-mile loop in the White Mountains last weekend. He runs up this ridge regularly! Now, that’s good exercise!

Finally, the trail did eventually descend to the road and wearrived at Fairfield Inn at 6:45. Done!

A hot bath, soft bed, and cool room made for a good reward and celebration! Not only had we managed the heat, we had walked 18 miles in rugged terrain. That’s actually our highest mileage of the trip so far! 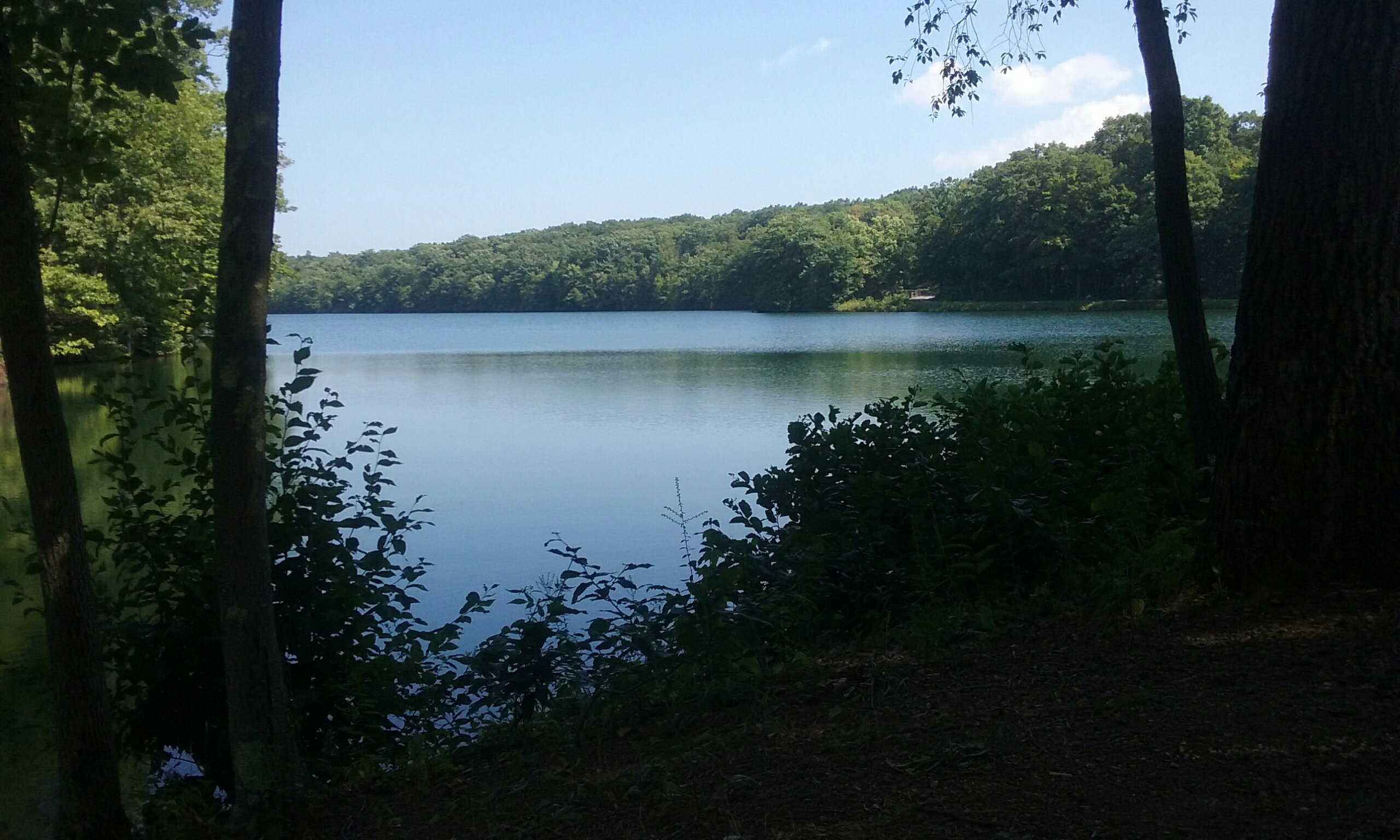 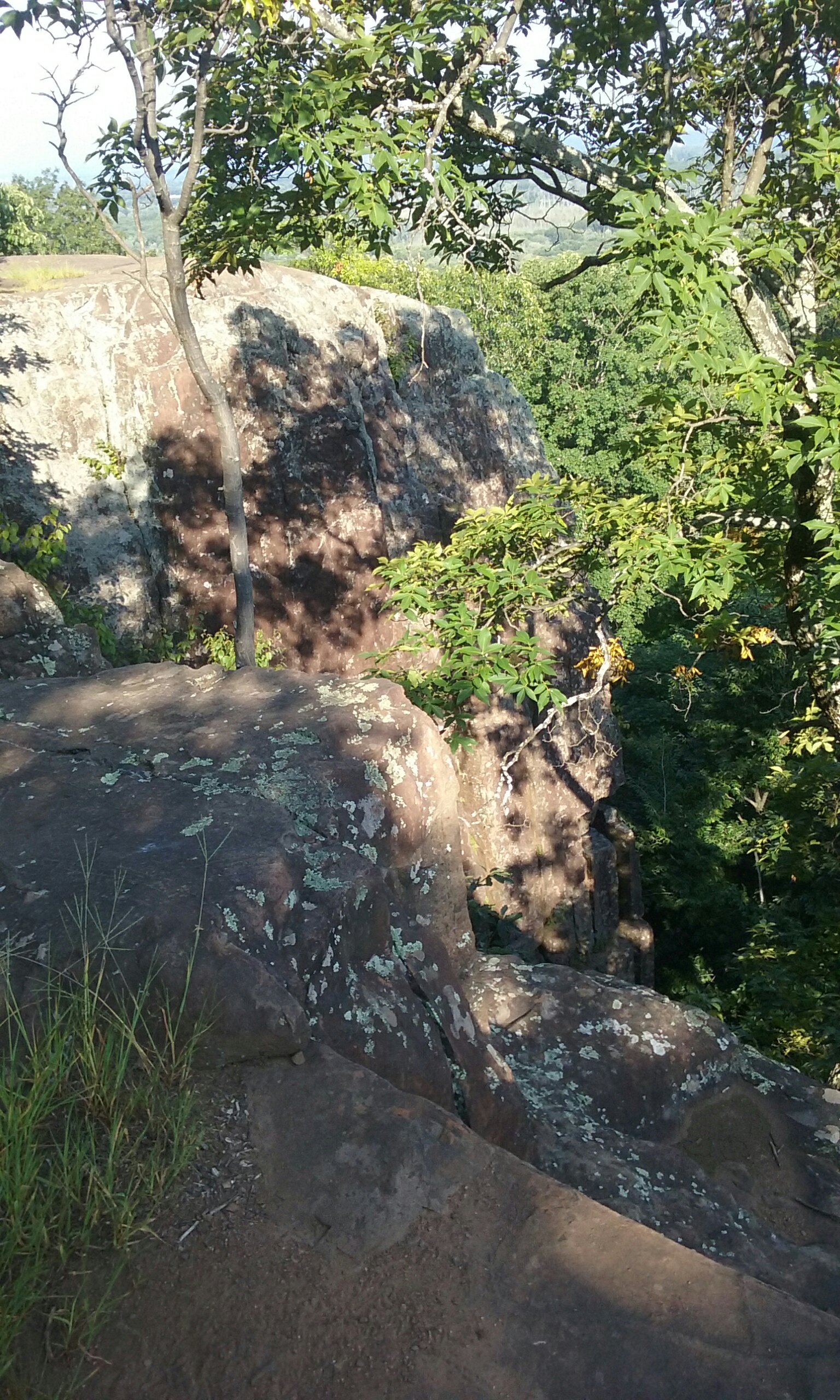