Today, we reached an important milepoint. Well, two milepoints. The first was Little George’s restaurant on the north side of the Westfield River. It closes at 2 pm on Sundays. We got there at 1:20, just in time for breakfast – and lunch! I ordered an omelette and a Big Burger. John added a couple pieces of French toast. We split it all and felt very happy! Monica, our server, asked about our walk, so we filled her in. Most of the people we’ve talked with ask if we’re on the Appalachian Trail. They’ve heard of the Metacomet Trail, which comprises some of the NET. The AT passes through Massachusetts about 40 miles west of the NET. 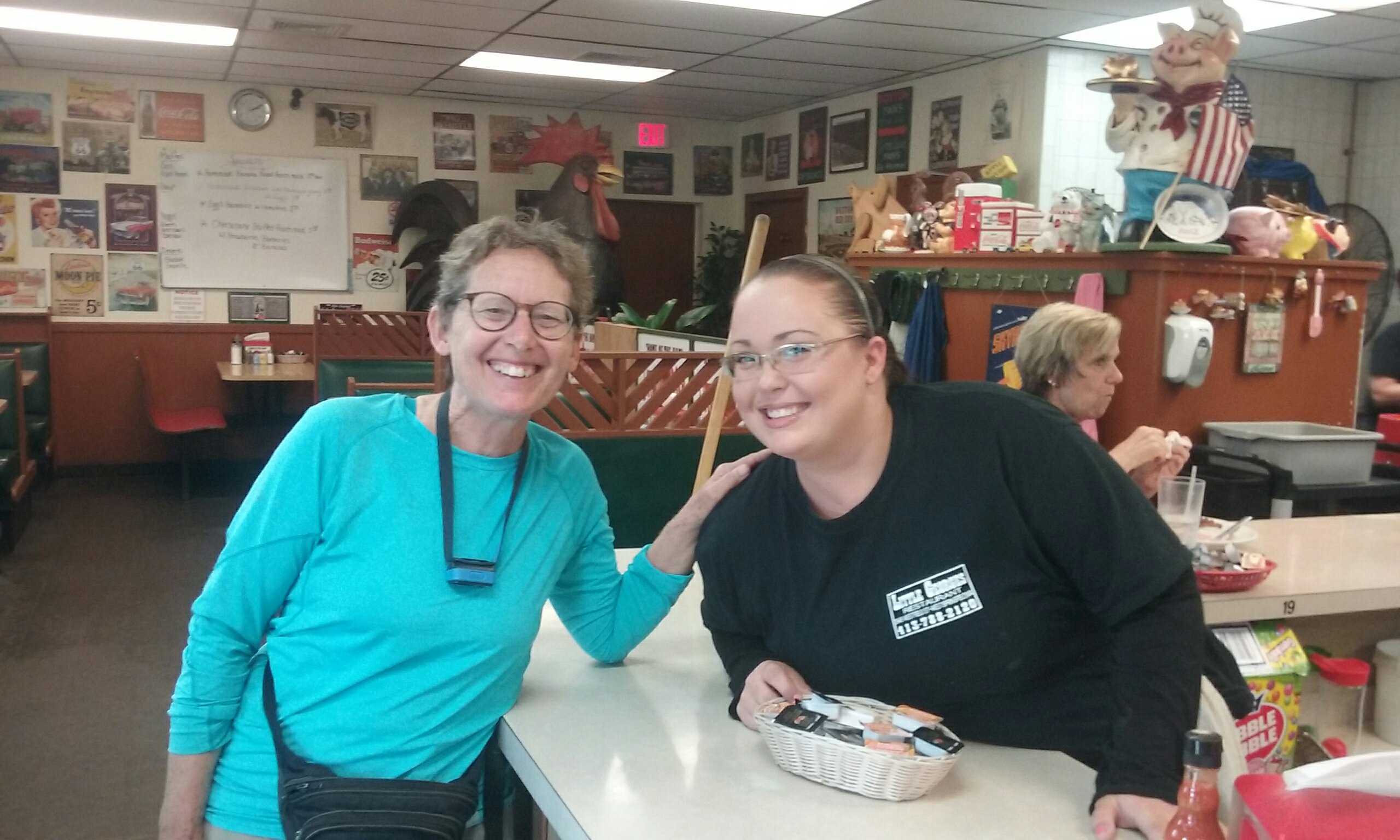 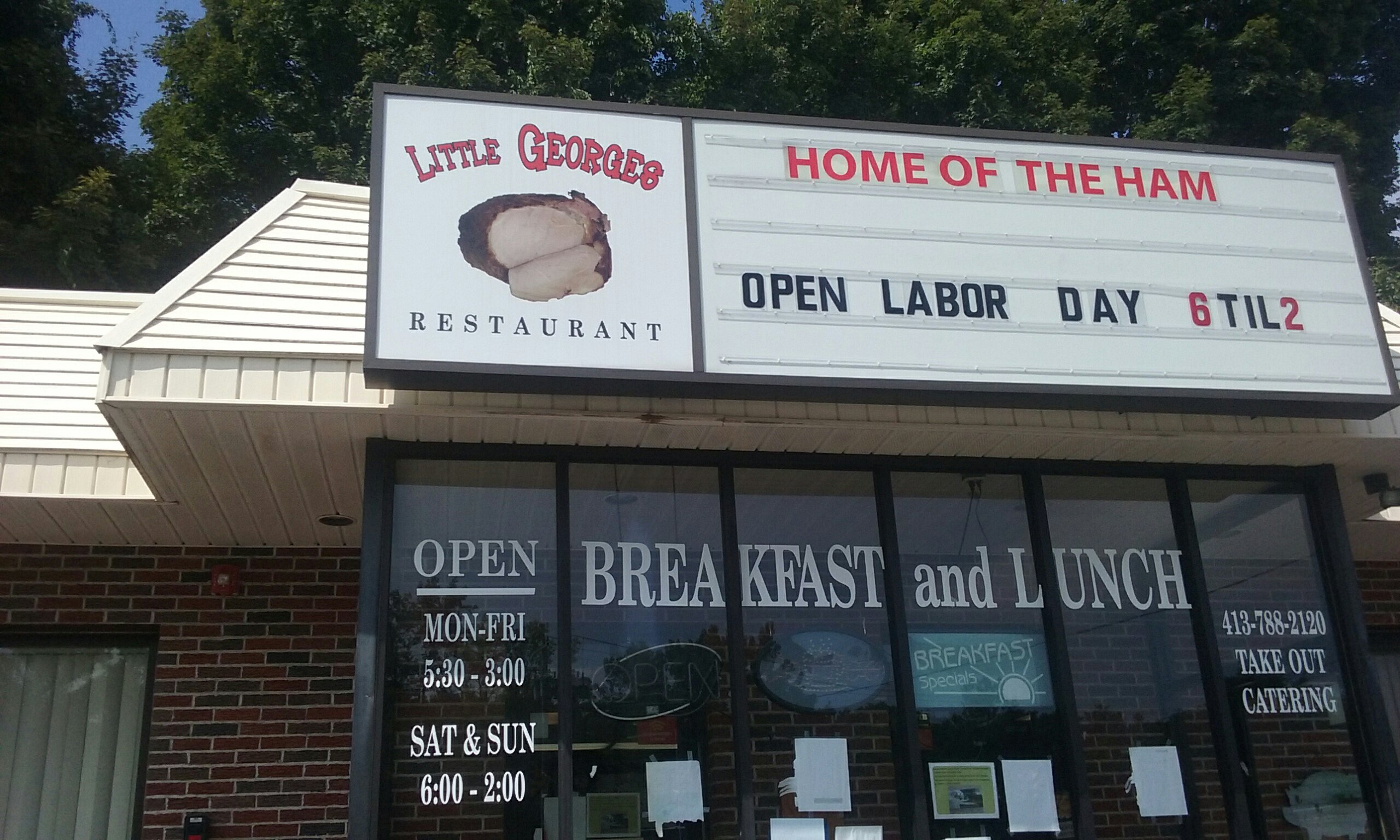 The second landmark was right across the street from Little George’s. It’s the Westfield River. There’s no bridge where the trail reached it. We could see the white blaze in the other side. The trail guide says it may be possible to ford it. We looked at it and saw shallow water for most of the 60 yard crossing. It looked deeper and smoother close to the south bank. “We could probably make it. Let’s try!”

Indeed, the part that looked shallow was easy. The part that looked deeper and smoother wasn’t. At that point, I could only stand if I took one-inch steps. The slighest turn would have swept me off my feet. “Too hard! And there’s the bank, less than 20 feet away! So close, but not safe!”

Sitting on the patch of green near the parking lot, we saw Monica and the employees of Little George’s outside the restaurant saying their goodbyes after the restaurant closed.

“Maybe she would give us a ride around to the other side over the road bridge! Otherwise, we could either walk the four busy road miles or call for an Uber. Other hikers have recommended that way.”

We did. She said yes, and fifteen minutes later we were at the trailhead on the south side of the river, safe and smart. I explained to Monica that when an unexpected helped turns up we call her a “trail angel.”

She laughed and drove off.

We decided to walk north on the trail to see the crossing from this side. It was a good half mile away and down a very steep slope! Seeing the river from that vantage point confirmed that fording it was not possible with a pack standing up!

Notice the picture below taken from the south shore. That “v” would be perfect for slipping down in a canoe. For walking, impossible! 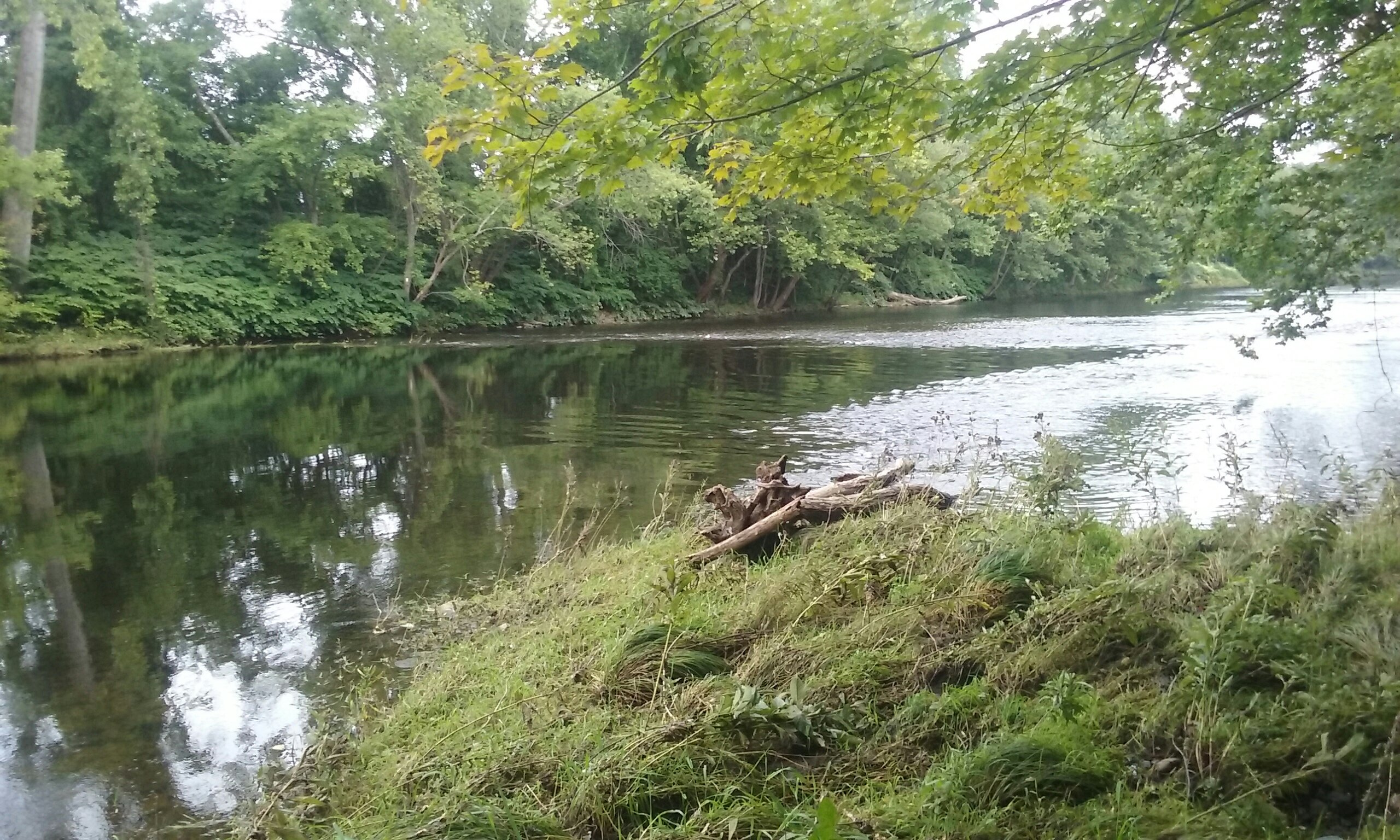