One of my colleagues at Woodland Altars gave me a great chance to learn about “Projection”, although I didn’t know it at the time. Brad was the chemist turned maintenance director at the camp. I would often hear him from Roger, the Director’s, office, sighing and running down his list of maintenance tasks to do. That would bug me, and I would silently criticize, “He makes it sound like he has more to do than anyone and we should be pitying him for the unfinished projects, but that’s his job, so why do we have to hear about it.  If I were maintenance director, I would blah, blah, blah.”

But maybe unconsciously, I was feeling sorry for myself to, hating myself for not getting everything done in an organized and timely way. I was afraid to admit it, or get support for it.

It was easier to “project” my disapproval on him. What I was really doing was listening silently and echoing his sighs, which much later I learned could be seen as “cleansing breaths”, something very smart and healthy.

Brad was pretty smart, though, because he did get support by initiating staff-wide “Maintenance Checks” in which each of the ten staff members took weekly turns driving the camp and checking a detailed list of systems from plumbing and water at the camping circle, to the water filtration system and boiler at the main lodge to the security at the pool. Rather than criticize Brad any more for everything that wasn’t done, we started supporting him with help because we were invested and appreciative of how it all worked. I loved my early morning check drives and was fascinated with how all the systems operated and supported our teaching program. A thorough knowledge of how things worked even gave us teaching points as we walked the half-mile across camp in our two-hour Trail Times.

I also really admired Brad for working at a camp that needed constant maintenance, especially the water and heating systems, in lieu of a higher paying job as a chemist, for which he was qualified. He chose to move his family to the camp where they lived in various degrees of enjoyment for several years.

Besides that, he was very helpful to me with my car. It was Brad who counseled me in my short-lived fantasy of mastering the mechanics of my VW sedan, the first car I owned. When it needed servicing, he would be the first person I could ask about what might be going on. He always obliged my conversations, interpreting the language of the book I thought could turn me into a mechanic, some hippy-styled folio on how I could fix my own VW. When I exhausted my slim enthusiasm, he applauded me as well for taking it to a mechanic.

So, thanks Brad, for being there as a healing angel for my appreciation of myself and others doing complicated, inglorious jobs. I can see that now!

Have you “projected” your limiting beliefs on others? If  you want to learn more about this common way of unconsciously putting what we can’t love about ourselves outside rather than inside, read Colin Tipping’s book, Radical Forgiveness.

Check it  out here: 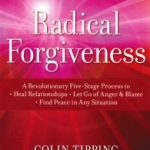