My Eclipse story. We decided at 6 pm on Sunday to go for a location in the path of totality rather than stay in the Mt Rogers area for a 90% eclipse. I resisted traveling, wanting to avoid the trouble and shame of contributing to traffic. We made all sorts of bargains about what would make us abandon the plan. We packed for the worst case scenario of being stuck for two days by loading up with 6 gallons of water and our whole box of backpacking food, five or six days worth! We can sleep in the van.

Originally aiming for someplace west of Knoxville, TN, we realized instead that we could choose exciting spots on the Appalachian or Benton MacKaye Trails by going southwest via Asheville, NC.

We chose Wayah Bald, NC. It’s on the Appalachian Trail about 230 miles away. There was no traffic! We arrived there at midnight and maneuvered our van into one rare spot available on the top of the mountain.

Monday morning, I was impressed with the quietness and focus of the hundreds of people there. After a short walk on the AT, in the morning, we positioned ourselves to watch. A thoughtful, generous man gave us viewing glasses. Clouds teased us with intermittent blockage, helping us keep cool, until a couple of minutes before totality, when the sky cleared and stayed clear ’til the end of eclipse.

I felt a bond with all the people as the crowd dispersed – slowly! We took another walk on the trail, talking with people and stopping often to watch the waning of the eclipse until the very last passing of the tiny black thumprint.

We left the mountain at 4pm, arriving back in Sugar Grove, VA at 1am. We did encounter traffic, but didn’t mind it terribly because it was for the sake of that grand experience. Trying to avoid the bottleneck at Dillsboro, NC, we headed west to Cherokee, TN, and through Great Smokey Mountain National Park. That was a bonus, as it put us in touch with that beautiful drive – and another favorite long trail, the Benton MacKaye Trail, at Smokemont.

I remain happy for our choice and blessed by the experience! What stands out most was the flood of emotion I felt when the first sliver of light returned and the sky was lit by an eery, dim light.

While preparing for the eclipse I was considering it’s metaphorical considerations, believing that I would see meaning for life in the event. I was surprised to notice, however, that the pure physical observation and it’s scientifically factual occurrence captivated and satisfied my mind – and my heart! I thought, “That’s the sun with the moon’s shadow going over it! It’s not an omen or a metaphorical ending or beginning. It’s a rare celestial event and I’m so grateful I can watch it!” 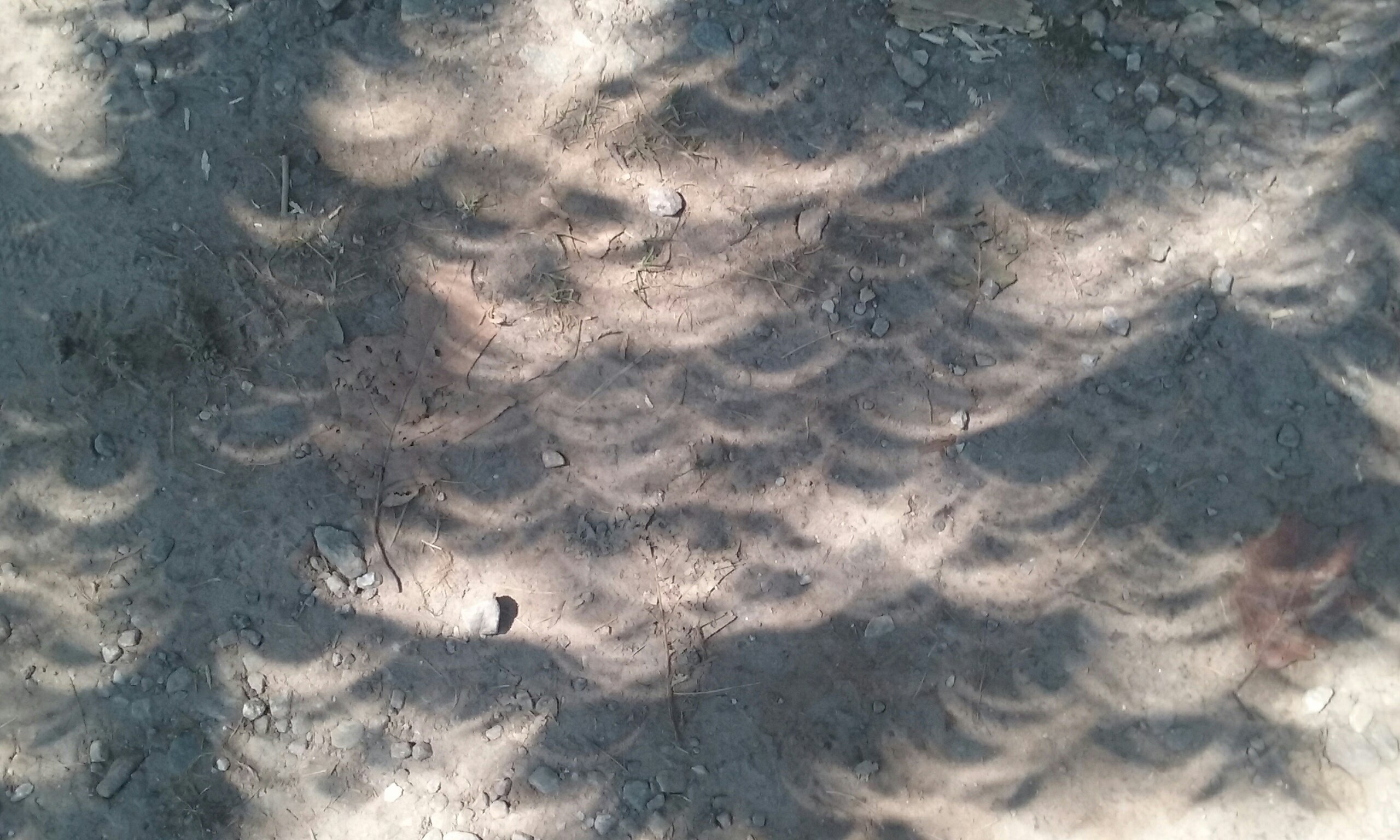